“Every divorce is the death of a small civilization”. – Pat Conroy

There seems to be a resurgence in America of good old fashioned regard for the institution of marriage. It appears to be driven partly by a disdain for celebrity relationship ‘adventurism’, partly because of the state of the economy which, by itself has held couples together, partly, I believe, because there’s a renewal of belief in a more spiritual, less materialistic life. I believe we’re turning away from consumerism, toward a society that values inner satisfaction over retail therapy and credit-card cures.

The economic argument seems counterintuitive, considering that economic strains often drive people apart, which often leads to more satisfaction through shopping, which causes more distance and on and on. But those same stresses can uncover a backlog of issues that are becoming irrelevant in comparison with holding the family together. I believe we’re beginning to address some of those issues, and that the financial mess we’re in has become a focal point of change, the silver lining, if you will. People are staying together. The trend is good news for the country, and the community.

The numbers are pretty remarkable. Between 1991 and 2002 the divorce rate fell in this country from the Census Bureau’s often-cited 50% rate, the proportion of marriages taking place that will eventually end in divorce, downward to roughly 43% by the National Center for Health Statistics. Most recently, according to the New York Times, it’s been revised further downward to just over 40%. So that commonly heard half of all marriages end in divorce statistic we keep tossing around isn’t true. Granted, 40% of marriages ending is still a sad commentary on our ability to work out differences, and remain true to our wedding vows, but the trend is encouraging.

Are we marrying later? A bit. The average age at marriage now is 26 for women and 27 for men. Maturity always helps. But that can’t explain it fully. Is divorce harder to obtain? Perhaps, or maybe the aforementioned maturity has made us more aware of those costs. Divorce is a $28 Billion (Yes, the ‘B’ word) dollar industry in the U.S. And the average divorce costs about $20,000. That realization would deter a lot of people.

But that can’t be the whole reason. I believe there’s a more humanistic answer here, and I believe it has to do with our evolving understanding that marriage is truly a status to be entered into well, and given every opportunity to succeed.

I direct this piece at men, partly because, being one myself, I speak with a bit of authority on this issue. Plus, as a divorced man, my familiarity with it is doubly authoritative. I know first hand how disruptive and painful a separation and divorce can be, and almost always are. Particularly when there are children involved, the anxiety, dashed expectations and unattractive outcomes cause all manner of reassessment of who we thought we were. Divorce hurts a lot of people, and I believe the word is out on the street that divorce really sucks, deterring some from following that path too easily, or quickly. I can attest that it really does, and it really is.

We men have a unique opportunity to have an impact on this issue. Since we appear to be hard wired toward more individualism, less inclined to stay in one spot and try to flourish there, we need to look at a different aspect of our male-ness, our respect and admiration for other mens’ perseverance, especially when life gets tough, and others encourage us to follow our own instincts. But we also need to be more aware, and more supportive of other mens’ overtures toward their gentler, more human side. We all feel the urge to reach out to our spouses when things get tense. We’re beginning to see that we can give in to those emotions, and still retain our identity as males in this culture, and perhaps even enhance it. Along those lines there’s a touching story that comes to us from the Cherokee Indians about two wolves.

One evening an old Cherokee told his grandson about a battle that goes on inside people. He said, ‘My son, the battle is between two wolves inside us all.

‘The other is Good. It is joy, peace, love, hope, serenity, humility, kindness, benevolence, empathy, generosity, truth, compassion and faith.’

The grandson thought for a minute, and then asked his grandfather, ‘Which wolf wins?’

The old Cherokee simply replied, ‘The one you feed.’

Next time your spouse expects something from you that causes you to revert to the bad wolf, remember that expression, and feed the good wolf. Your marriage, and your self-image will be better for it. We men have, I believe, an obligation to our colleagues and ourselves, to admire those who feed the good wolf, encourage them to continue that behavior, and seek others like us to do the same.

Thu Jan 19 , 2023
Actress and director Gabourey Sidibe is absolutely shining along with fiancé Brandon Frankel showcased in Brides digital fashion problem forward of their approaching marriage ceremony in 2023. The few shared that they fulfilled on the relationship application Raya and obtained engaged in October 2020. For each Essence, the previous Empire […] 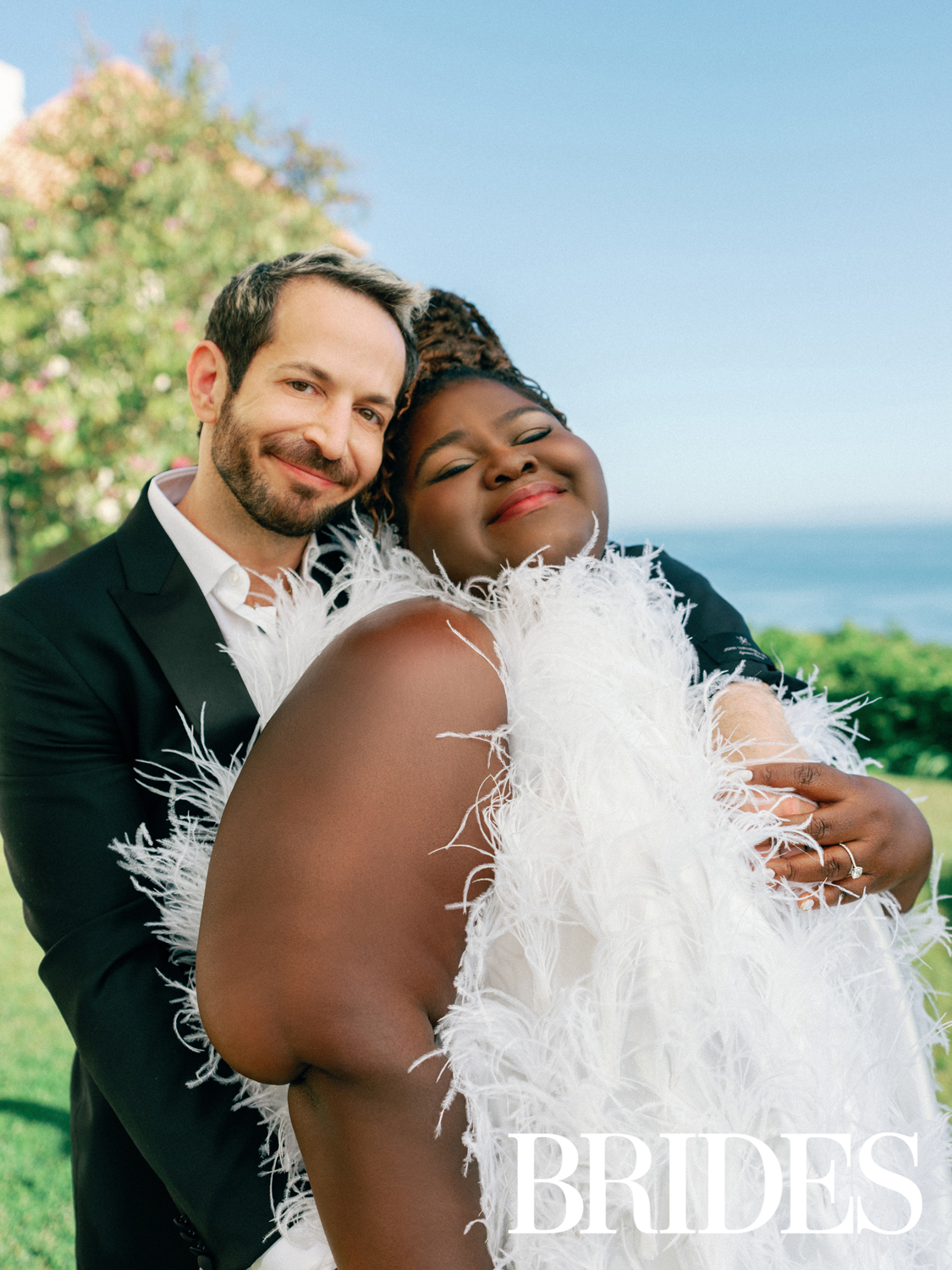