Long before their Strip District engagement session, Kristen and Dave joined the same dating website. They both knew it was love-at-first-chat! Dave charmed Kristen with his sweet sarcasm and loving nature, and the couple quickly realized that they shared similar personalities and a love for the city. For their fifth anniversary, Dave and Kristen enjoyed brunch and visited the Carnegie Museum of Art, where Dave got down on one knee in front of the museum’s marble staircase. Ultimately, the couple postponed their wedding not once but twice because of the pandemic. During that time, they grew so much, so it was time for an engagement shoot redo that better captured the new-and-improved them! Lovers of all things Pittsburgh, Dave and Kristen opted for a spirited, urban setting, and Alyssa Vanston Photography captured the joy of the couple’s journey in vivid color! From snuggling in the doorway of Pittsburgh’s beloved Primanti Brothers to dancing in the historic, sun-soaked streets, Dave and Kristen give us ALL the warm, fuzzy feelings in this one-of-a-kind engagement session. Keep scrolling and see every sweet detail for yourself! 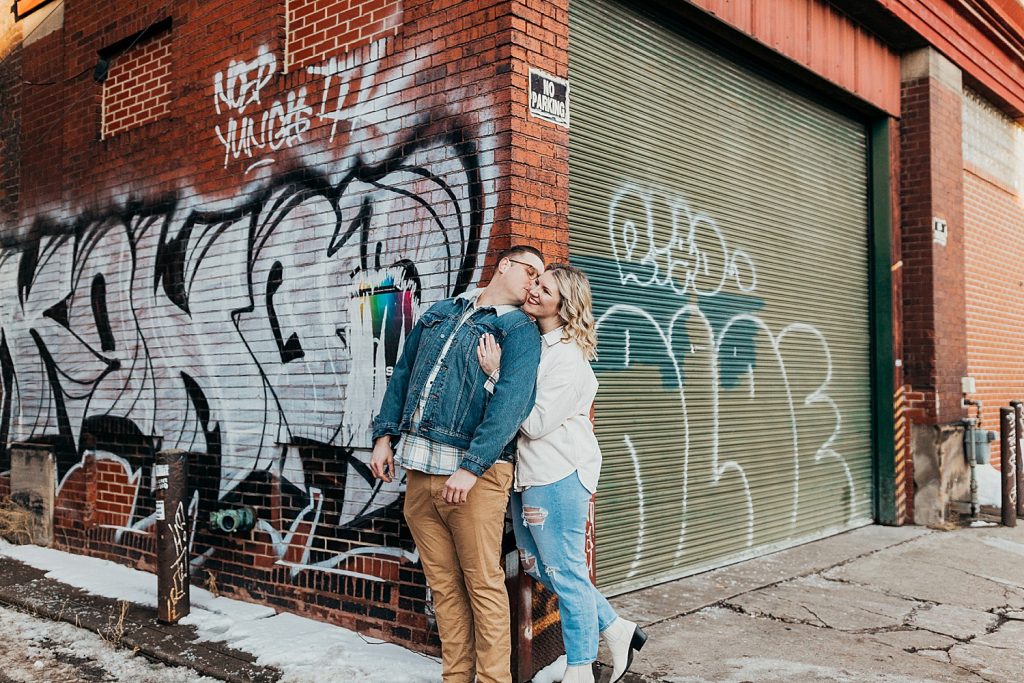 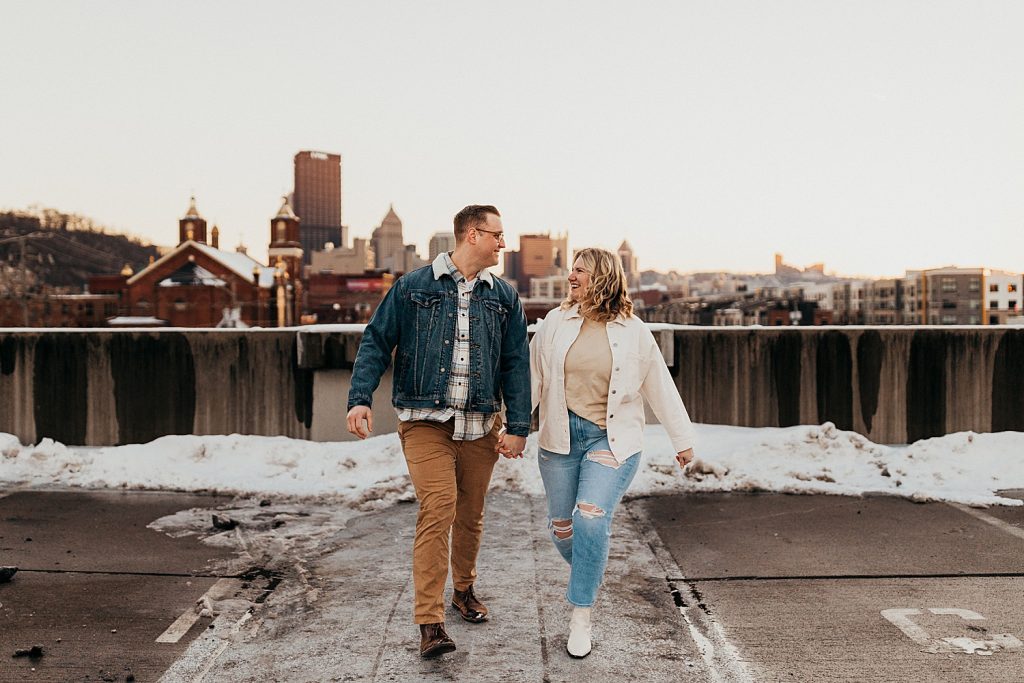 It seems everyone meets online these days but we did it before it was mainstream! One week into both of us joining the same site, Dave struck up a conversation. He led with his sarcasm, followed by his lovable nature. Within one day of back and forth conversations, he got the digits.

Our five year anniversary was March 21, 2019. By that point, I felt like our five year anniversary was it! That’s a milestone, right? We went to a fancy dinner in Shadyside, had a delicious meal, and Dave did a cheers to our five years together. I thought this is it, FOR SURE…. but after the cheers, no ring. I thought it would happen at dessert, but dessert came and went and we walked out of dinner, hand-in-hand as boyfriend and girlfriend. I chucked up the proposal to happening in year six. Little did I know, Dave had something else up his sleeve all along!

The next day, we went to brunch and the Carnegie Museum of Art. We each planned an activity for our anniversary weekend. I had NO clue that this day would actually end with a proposal. All afternoon, Dave walked around the museum with a jacket on to conceal the ring. He’s what you’d call a human furnace, so the entire time he was SWEATING. Eventually, to avoid passing out, Dave had to remove the jacket and put the ring in his pocket. I somehow never noticed, even when I bumped into the ring box. I was too focused on the art exhibits and a potential museum membership. Eventually, with 20 minutes to spare before the museum closed, Dave swayed me in the direction of the marble staircase. Out of earshot, Dave asked a young worker to please take our picture on the stairs because he was going to propose mid-photo. I love to capture moments, so that was an easy sell! I jumped right up onto the stairs trying to direct our photo with the best angle. As the kid took the picture, Dave dropped down to one knee.

Our engagement shoot was in the Strip District for a reason – we have been city residents for almost half our relationship and we absolutely love it. The vibe, the food scene, the convenience, the community…we are CITY lovers! We wanted to capture the essence of joy and our journey – choosing to hang out in a city that feels like home was a recipe for serious magic. Even though we felt awkward being behind a camera at first, Alyssa gave us so many cues and kept us laughing. We felt like we were just hanging out with our friend, who happened to keep taking pics of us. The weathered brick buildings, the sunlight bathing the streets, the graffiti garage doors, the Pittsburgh landmarks…everywhere you turn was a photo-op! Alyssa really captured this chapter of our story in such a swoon-worthy way; it was JUST what we needed to kick off our wedding year! 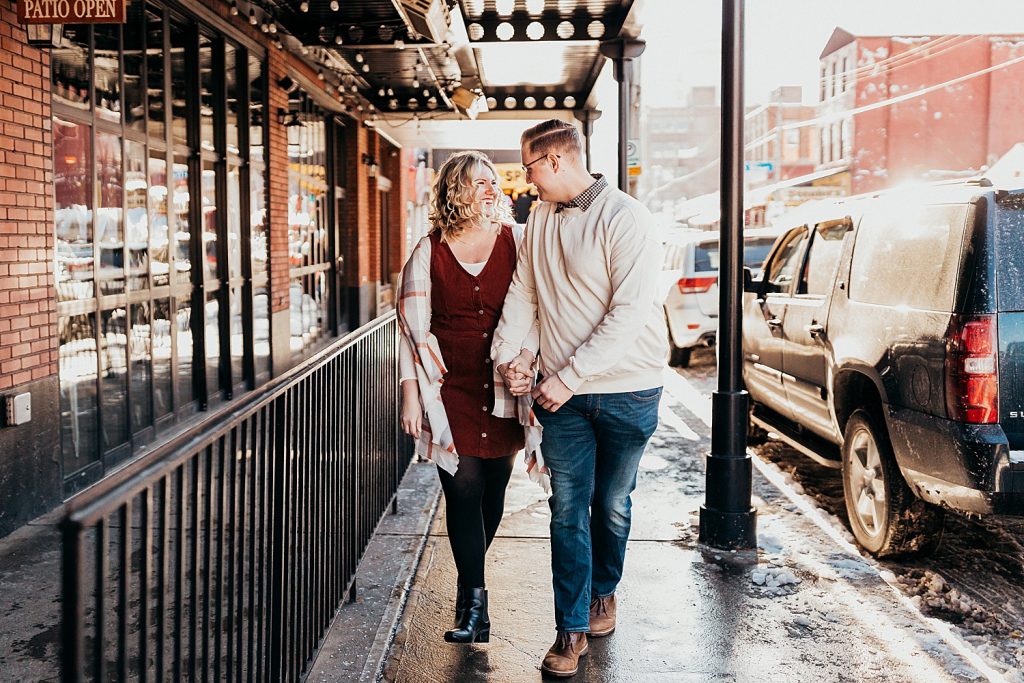 Our Favorite Brands & Places to Shop

Mon Nov 21 , 2022
Still on the hunt for that perfect pair of wedding shoes? With so many brands and websites to choose from, it can be hard to narrow down the options. We’ve rounded up a bunch of our favorite companies and places to shop to make the process a little easier. From […] 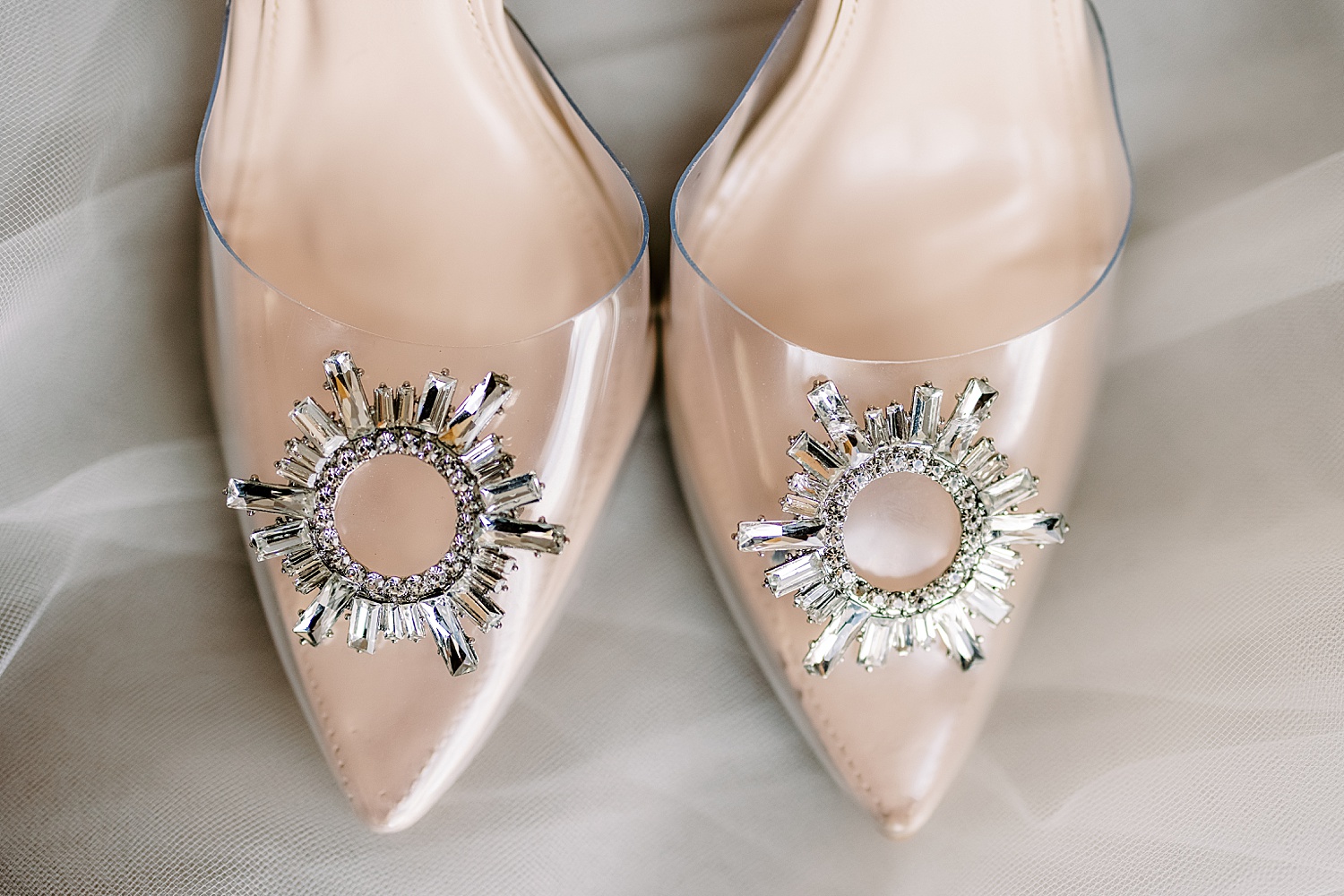