Best known for his infectious club anthems, this Scottish DJ and producer has been dominating the airwaves for years. With a string of singles that have topped the charts, playing Calvin Harris’ songs is a guaranteed party-starter for those who want to get the dance floor moving. So, if you’re looking for some high-energy wedding tunes, this multi-talented musician should definitely be on your radar.

Here are some of our favorite Calvin Harris songs that you definitely should consider playing at your wedding reception.

Adam Richard Wiles—more popularly known as Calvin Harris—is a Scottish record producer, DJ, singer, and songwriter. Starting his musical career at 18, he released two 12-inch singles in early 2002 under a then stage name “Stouffer”. But his popularity only started to rise in the mid-2000s following the posting of several homemade solo recordings to his Myspace profile. These led to a contract with EMI, Three Six Zero Group, and Sony MBG in 2006. A year later, and with a new stage name “Calvin Harris”, he released his debut album, I Created Disco.

The popularity of his up-tempo songs opened new opportunities for Calvin Harris and he has since released a total of five studio albums, one mix album, nine extended plays, 44 singles, 12 promotional singles, and 40 music videos. He has also collaborated with some of the biggest names in music, including Rihanna, Ellie Goulding, and John Legend. He continues to produce new music and perform all over the world, making him one of the most in-demand DJs today. 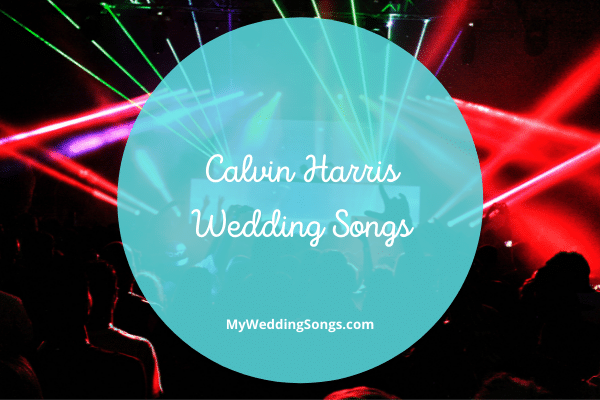 My Wedding Songs is a reader-supported website. As an Amazon Associate, we earn revenue from qualifying purchases.

One of Calvin Harris’ most popular tracks, “We Found Love” is a guaranteed crowd-pleaser, with its anthemic chorus and danceable beat. With Rihanna’s vocals and Harris’ production, this track is sure to get everyone out of their seats and onto the dance floor.

Lyrically, the song is about finding love in “a hopeless place”, which makes it a surprisingly sentimental choice for a song that’s so often associated with clubbing and partying. But we think that’s what makes it such a perfect choice for weddings—it’s both heartfelt and can easily get everyone dancing.

Your love pours down on me surround me like a waterfall
And there’s no stopping us right now, I feel so close to you right now

“Feel So Close” is another one of Calvin Harris’ catchy club tracks that you can’t help but dance to. It’s perfect for those who want a mix of slower and faster songs throughout the night, as this one starts off slow before picking up the pace halfway through.

The message of the song is apt—with lyrics like “I feel so close to you right now”, it’s a track that celebrates being in love, feeling close to someone, which is exactly what weddings are all about. Not to mention, it’s bound to get everyone dancing, singing along, and feeling the love.

Featuring Ellie Goulding on vocals, “I Need Your Love” is a mid-tempo track that’s perfect for those who want to keep the energy up but still have a moment to catch their breath.
With its catchy chorus and Goulding’s emotive vocals, “I Need Your Love” is a track that you’ll be remiss to not include on your wedding playlist. The song is all about being in love and needing someone, making it a sweet choice for weddings. If you want a Calvin Harris song that’s slightly more sentimental but still has his signature sound, this is the perfect pick.

Baby, this is what you came for
Lightning strikes every time she moves
And everybody’s watchin’ her

Not to be missed on this list is another song that Calvin Harris collaborated with Rihanna on, “This Is What You Came For”. The track was a huge hit when it was released, and for good reason—it’s catchy, danceable, and has a massive chorus that everyone will remember. Not to mention, TikTok has made it even more popular in recent months so be prepared for what might be off-key singing along.

Although upbeat like most of Calvin Harris’ songs, “This Is What You Came For” is actually almost reverential and feeling lucky to have found love. It’s a great choice for couples who want a fun but also a meaningful song to celebrate their love.

Baby, I know you ain’t scared to catch feels (straight up)
Feels with me

By now, you might already have a feel for Calvin Harris’ style—upbeat, club-ready, and catchy. “Feels” is no exception, and with its star-studded lineup including Katy Perry, Big Sean, and Pharrell Williams, it’s sure to be a hit with guests of all ages.

This song has a fun and carefree feeling that will get everyone in the party mood. With lyrics about the “feeling” of love, this song encourages listeners to not be afraid to let themselves feel. Whether you’re dancing the night away or enjoying a moment with your new spouse, “Feels” is the perfect song to capture the joy and happiness of your wedding day.

Another Calvin Harris song that’s perfect for weddings is “One Kiss”. With his signature sound and Dua Lipa’s vocals, this track can be described as nothing short of infectious.
With its simple but effective lyrics about needing just one kiss to fall in love, “One Kiss” is a playful and magnetic track that’s perfect for any wedding party. And of course, as in true Calvin Harris fashion, the song is sure to have everyone singing and dancing along.

What are your thoughts on these songs? Do you have a favorite that we didn’t mention? Let us know in the comments below!

Sat Jun 4 , 2022
They say when you know you know, and for some partners that exclusive instant of recognising your soulmate arrives early in lifestyle. For a ceremony reading through that celebrates this, we like the lovely poem Childhood Sweethearts Share an Innocence by American poet Nicholas Gordon that is just best for […] 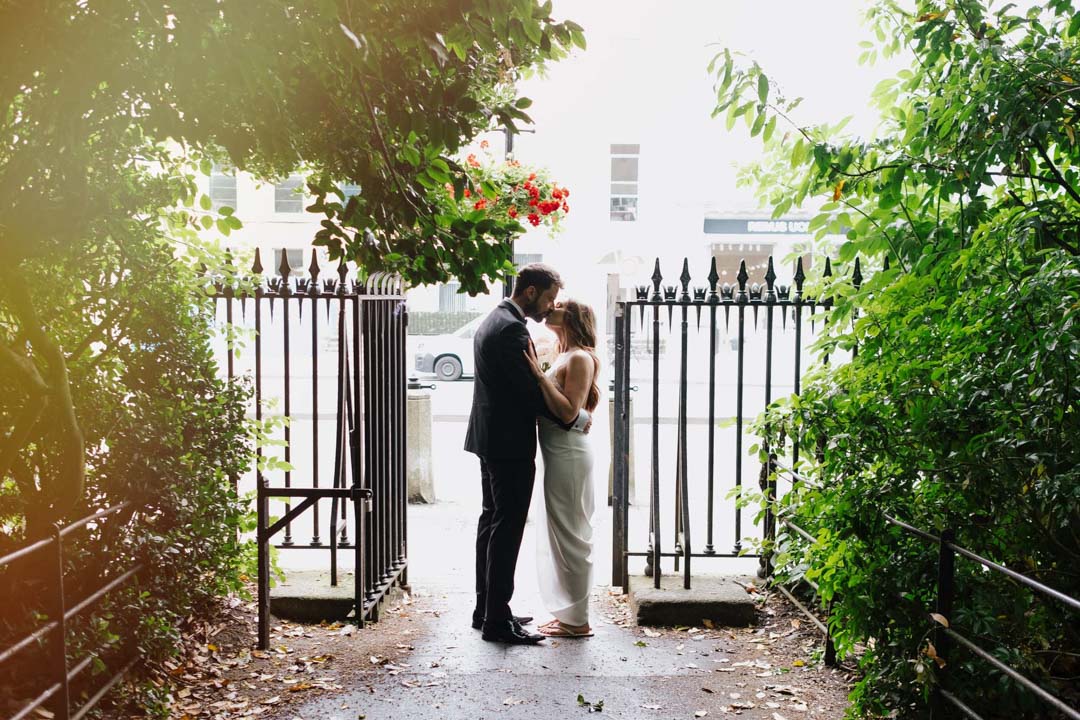