June is usually considered the month for weddings; However, it isn’t the popular month for American brides anymore. One study claims October is the most popular wedding month; another study gives September that honor. June is now in second place; most American weddings occur between May and October.

One theory is that June was popular when life revolved around agriculture. June fell after the spring planting season and before harvest time. Keep this in mind as I relate a true tale of one bride’s transition from blushing bride-to-be to Bridezilla.

My 21-year-old granddaughter, Faith, recently accepted her boyfriend’s proposal of marriage. It soon became evident that this was going to be a difficult experience for all involved. None of Faith’s decisions seem unreasonable if taken out of xontext; after all, it is her wedding. However, many other people are involved in a conventional wedding these days. A considerate bride understands the limitations of her parents and others whom she wants to participate in her big day.

She first declared there would be no children – other than those in the wedding party – at her wedding. This is her prerogative, of course, but several family members who have small children were offended.

Before the first week ended, the couple announced their wedding would take place during the last half of May, 2023. Her father is a full-time farmer and, if next year’s weather follows the pattern of recent springs, her dad and his partner will be in the midst of crunch time to get their crops in the ground.

I should explain that Bob and his partner farm about 2,000 acres; and restrictions on crop insurance require that all fields be planted before mid-June. Losing a single day of planting time during a rainy year can spell disaster. As the father of the bride, he would be expected to be at the rehearsal, the wedding, and the reception. A June wedding would eliminate the prospect of adding to his anxiety; however, the couple refused to consider another date.

Soon, the bride-to-be expressed her expectations to reserve an expensive wedding venue (forgoing the less costly option of being married in her home church), reserve a caterer, an open bar, and purchase a wedding dress. Her parents live comfortably; but, they (like most of us) have to budget major expenses. Both the bride and groom are members of the Army National Guard and could be deployed at any time. The wedding venue and caterer required a sizeable, non-refundable deposit. Less expensive or more practical suggestions were rejected.

Then, our budding Bridezilla posted a list of things a bride did not have to do on her social media page. Among the things declared unnecessary were: inviting children, people the bride didn’t like, and anyone who might not know how to dress for a wedding.

I took issue with the last one. If you have a friend or relative whom you care about, you should want them to share your joy regardless of their attire. At the rate my granddaughter is progressing, there won’t be many to share whatever joy she has allowed anyone to feel.

I’m not sure how I will enlighten Faith; but, I’ve decided to let her know that others are not obliged to participate in her drama. First of all, parents are not required to go thousands of dollars into debt to finance an event that lasts only a few hours and may or may not produce a marriage that lasts a lifetime. If you want an elaborately expensive wedding, you should be prepared to help pay for it.

If people are forced to choose between attending/participating in your wedding and earning a living (or going to the expense of hiring a babysitter) they may choose not to be there at all. And, if you decide to exclude friends based on their fashion sense, you may find yourself

minus several people who used to like you. A wedding only requires two people who love each other and someone to officiate. It’s nice if you have friends and family to witness your love. Everything else is irrelevant.

“Love is patient, love is kind…it is not proud. It does not dishonor others.” 1 Corinthians 4:4-5 NIV

This article originally appeared on Evening World: Afterthoughts: What makes a wedding?

Fri Jun 3 , 2022
I took a trip out to Fields in Liffey Valley this thirty day period and in advance of I landed, I requested you fellas what jewellery inquiries do you have all around your wedding day. While I was there, I was capable to get those responses to share with you […] 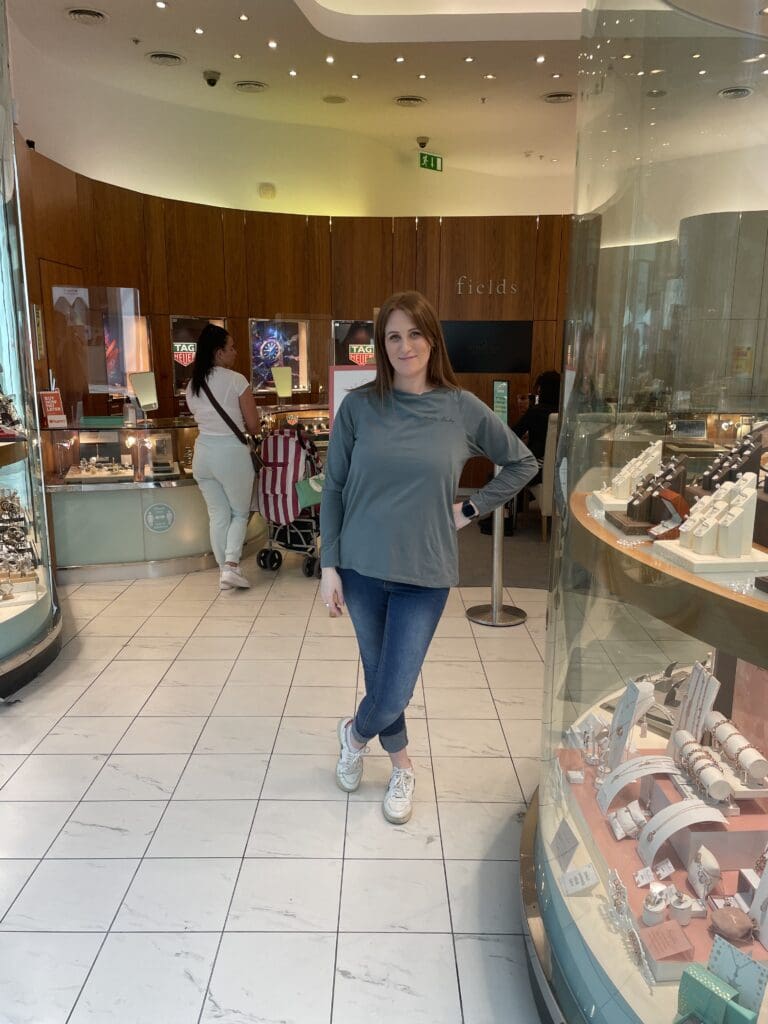