After meeting online, Valerie and Vincent went on a spontaneous date to grab burgers, but it was off to a rocky start for Valerie. “I walked about half a mile in the Texas heat during the summer to meet up with Vincent and arrived at the restaurant super disheveled! Of course, I was sweating and completely out of breath! Vincent wasn’t discouraged, though, and we were basically inseparable thereafter,” the bride says.

Vincent surprised Valerie by proposing at her 30th birthday dinner. “He got down on one knee in the middle of the restaurant and proposed with the most beautiful engagement ring I’ve ever seen,” the bride says.

After an emotional first look, the wedding party took a trolley to the historic Julia Ideson Library, where they would soon say I do.

Vincent and Valerie wed on May 8, 2021, outside the Houston public library, with the elegant Spanish architecture as a magical backdrop. White, blush and red florals flanked the library’s doorway, serving as the altar for the ceremony.

The groom walked toward the altar alongside their pup, who wore a matching suit, and the rest of the bridal party followed in blush gowns and gray suits. Then, Valerie walked down the aisle with her parents while Danny Ray and the Atlantic Street Band strummed acoustic tunes. The bride wore a lace embellished gown with a long train and veil from Parvani Vida Bridal and Formal.

After the ceremony, the celebration began in the library’s regal event space. Grand windows, marble pillars and a ceiling full of gilded wood flowers make up the stately ballroom. In addition, the couple incorporated the literary theme into the decor, including a typewriter guest book, paper goods and invitation suites. Other personalized touches included polaroid cameras and a photo wall decorated with blush and white roses.

The party continued with joyful music and lots of dancing. Valerie and Vincent concluded the evening with a sweet streamer send-off while the rest of the guests and wedding party headed to Hotel Icon.

Keep scrolling for the light and bright captures by Amy Maddox Photography of this gorgeous downtown wedding at Julia Ideson Library. 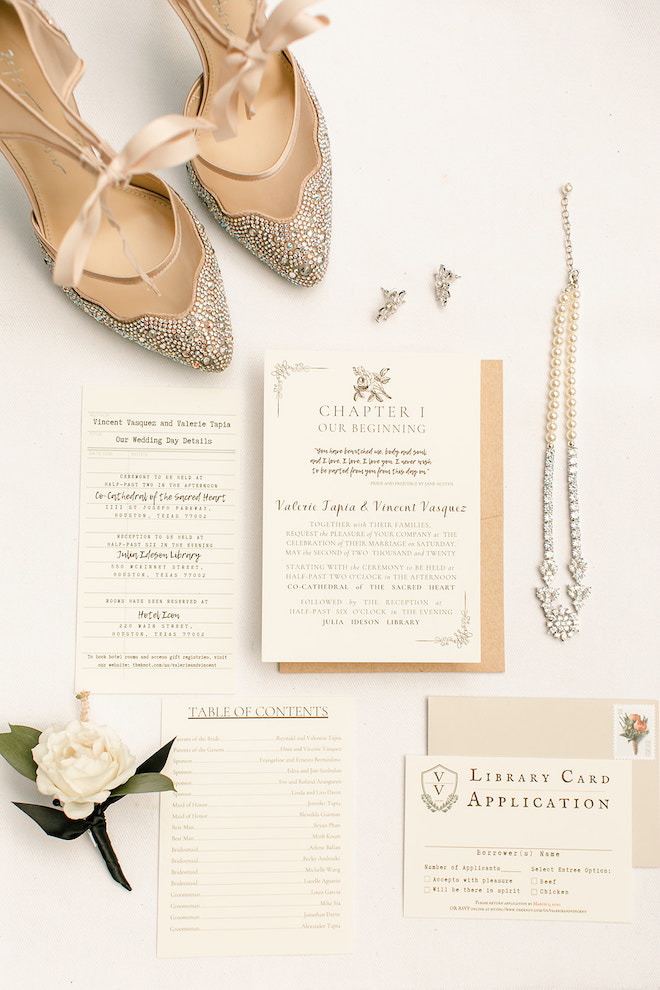 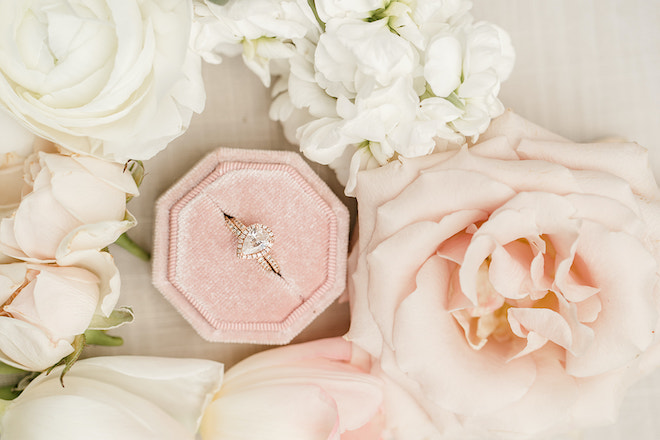 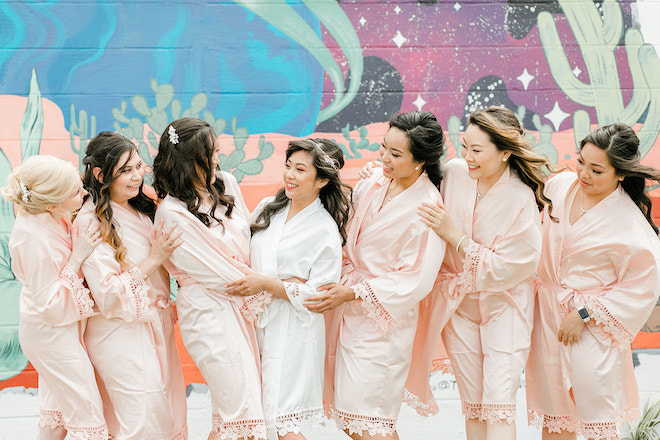 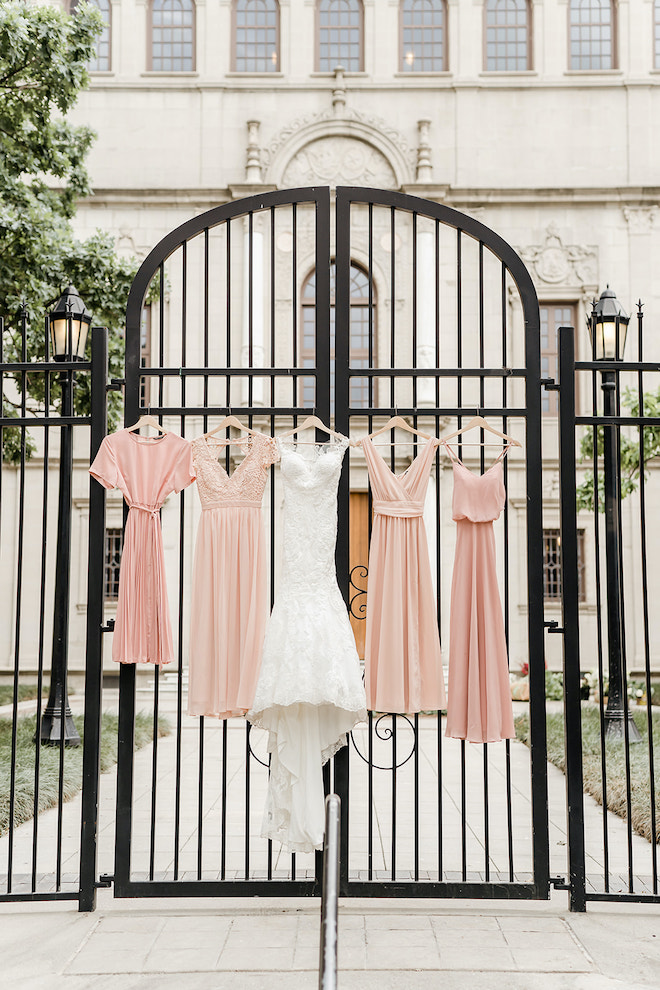 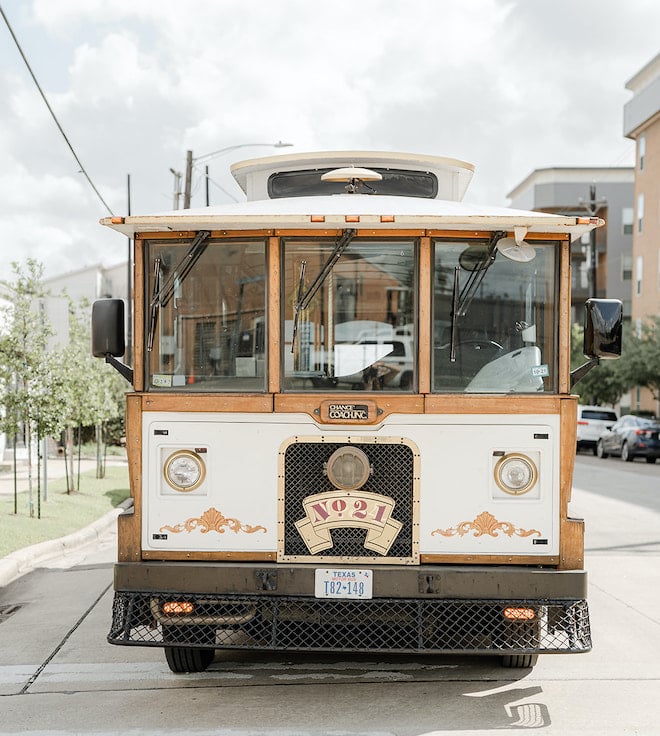 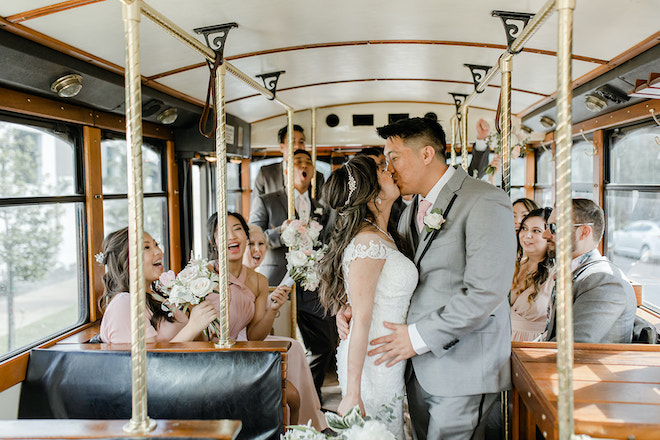 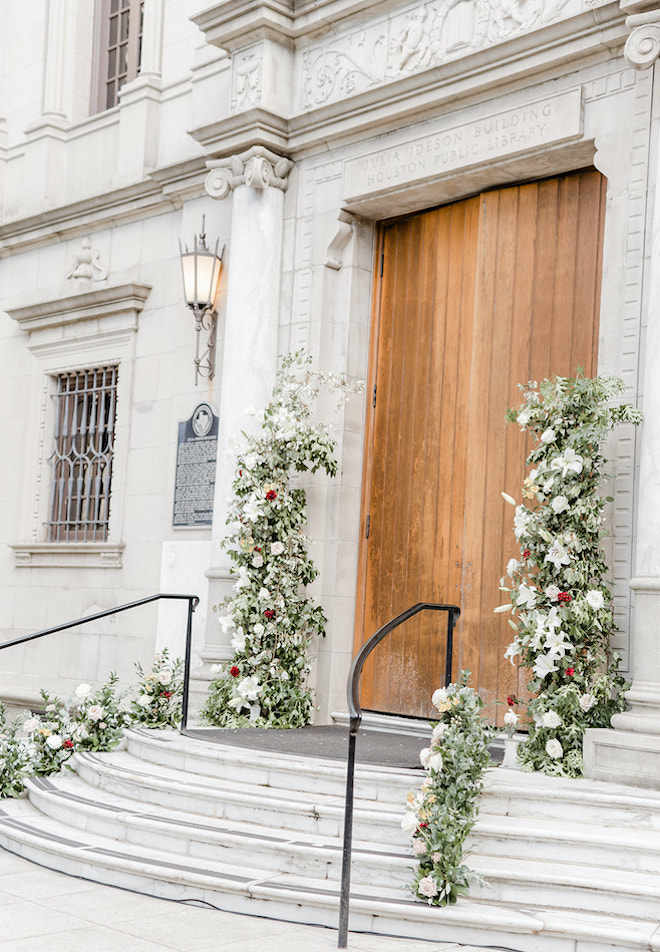 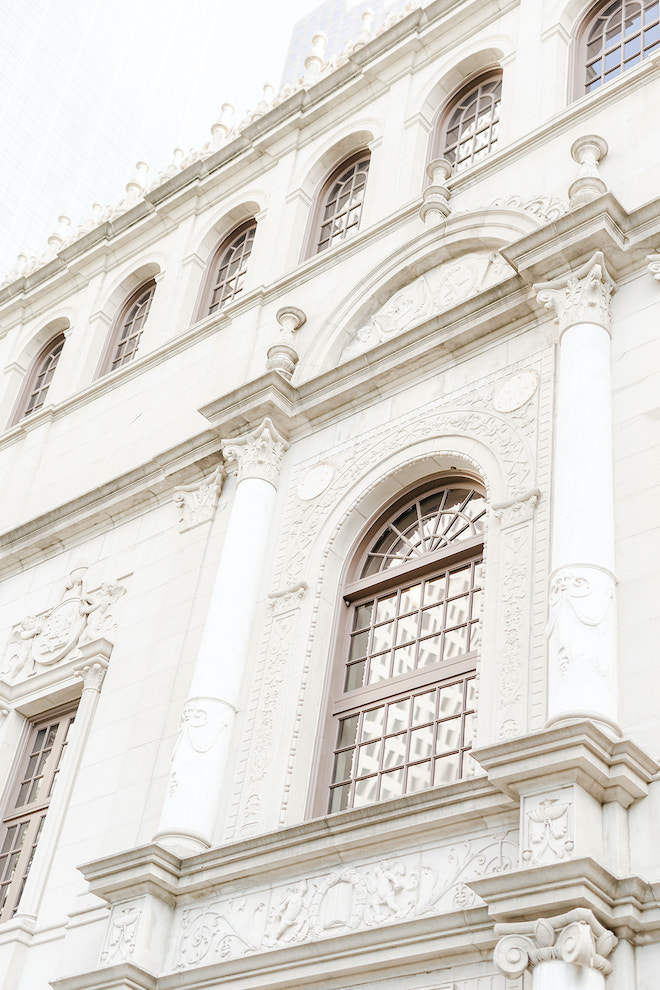 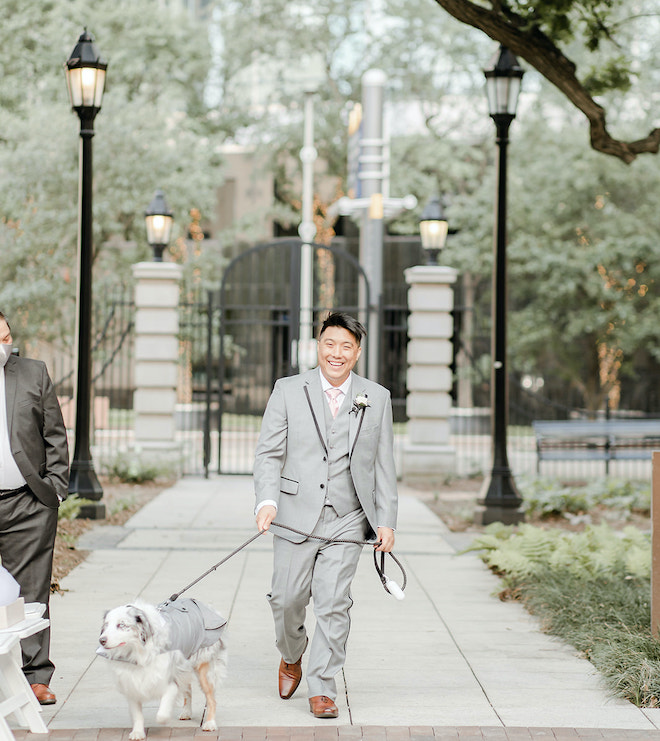 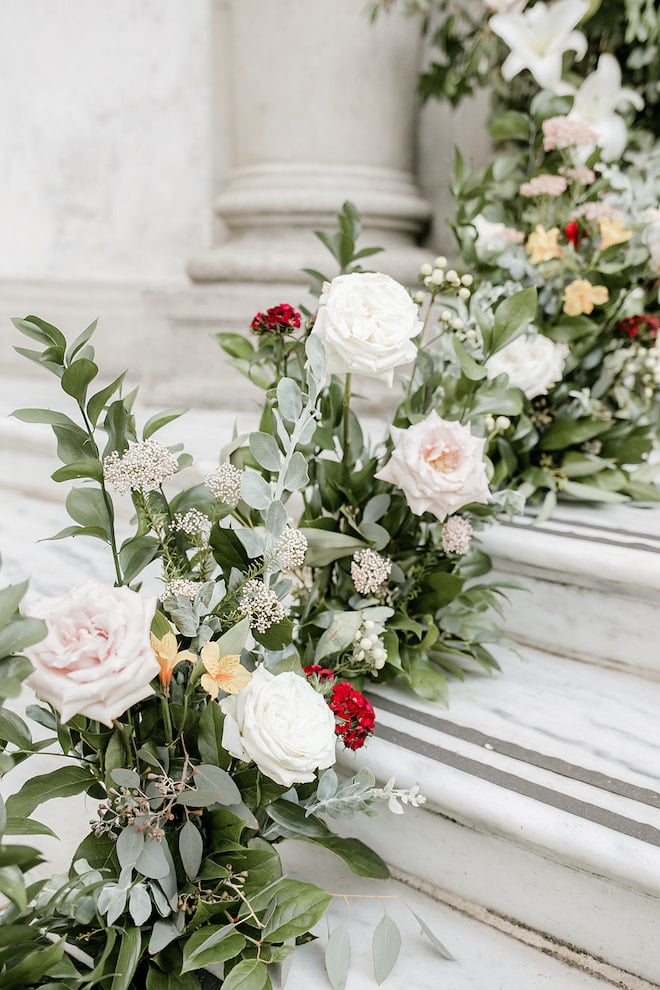 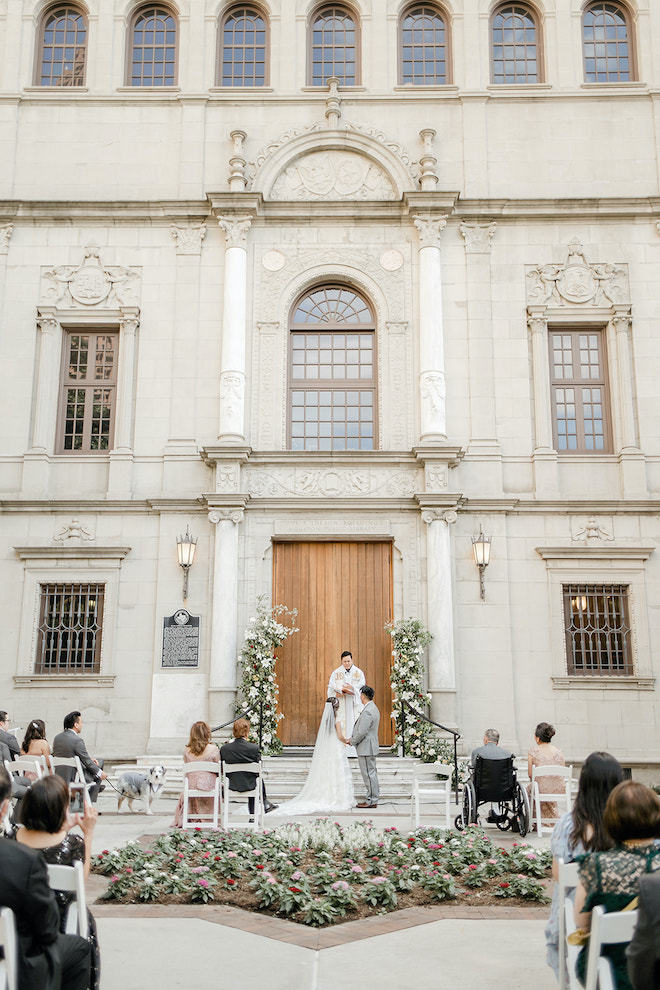 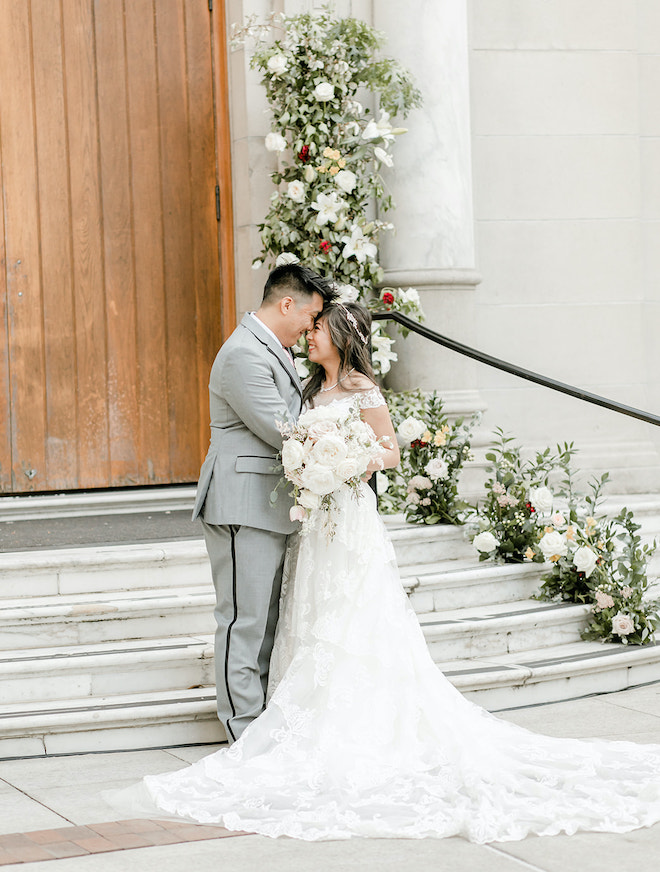 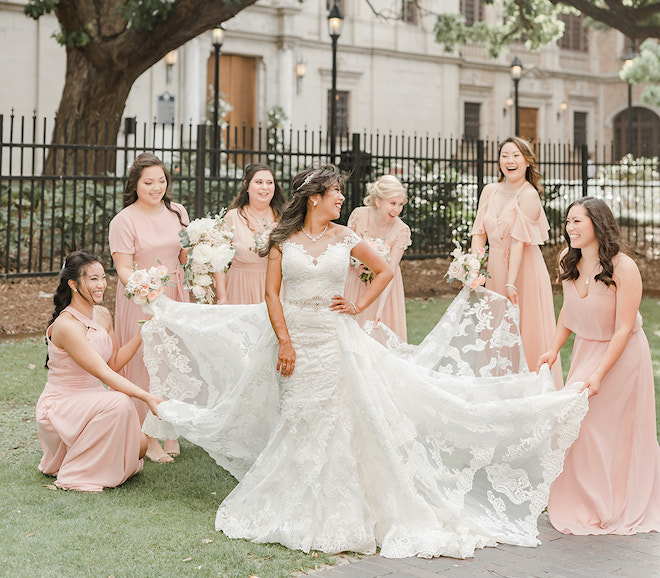 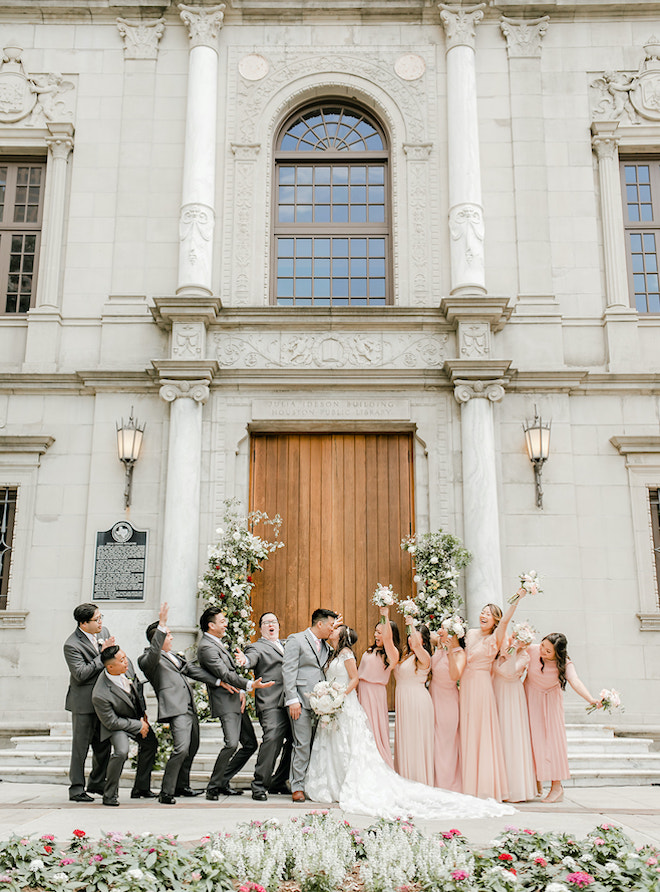 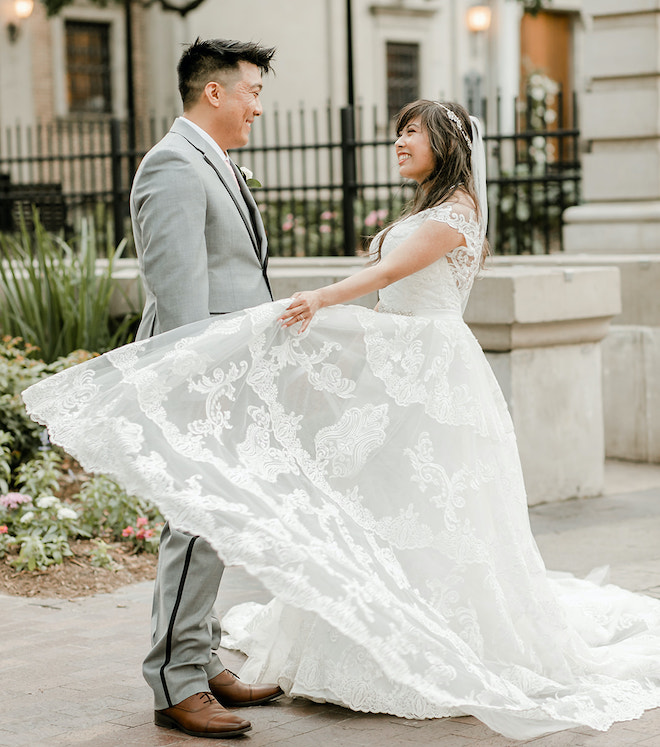 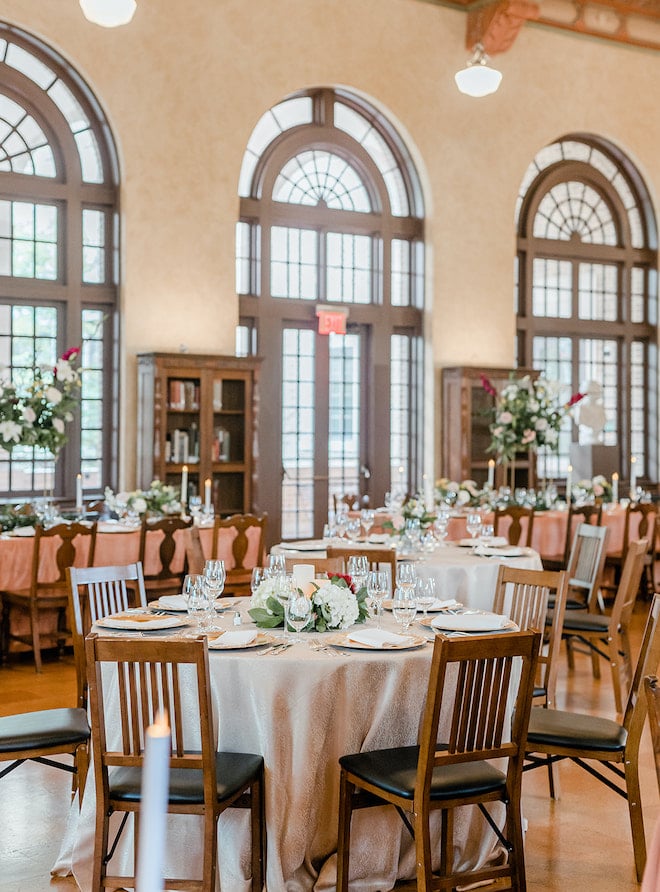 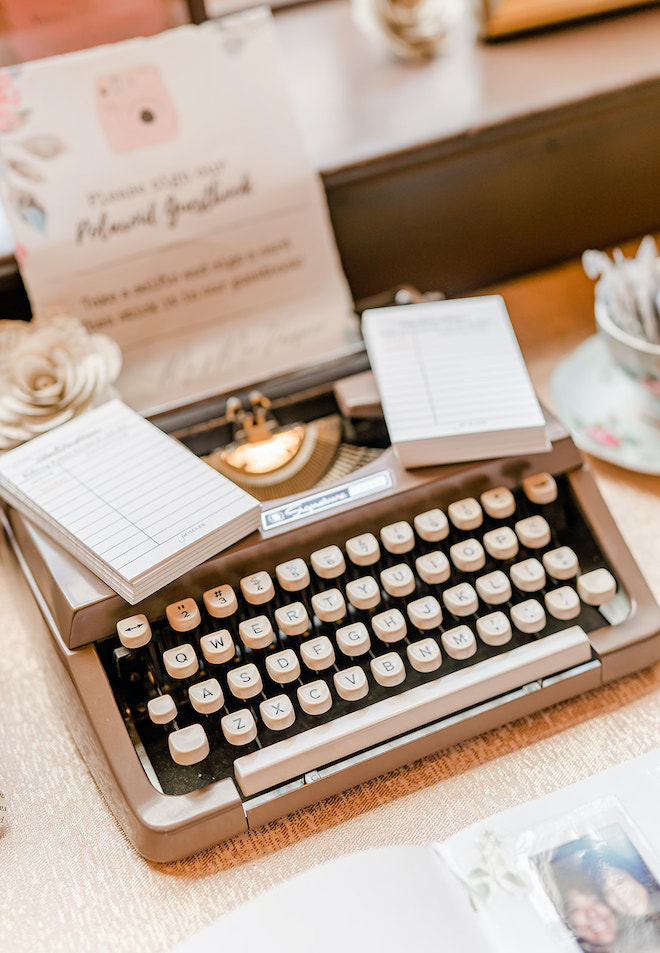 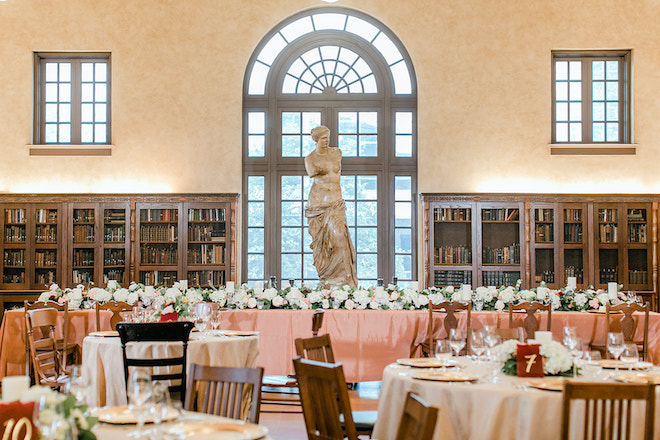 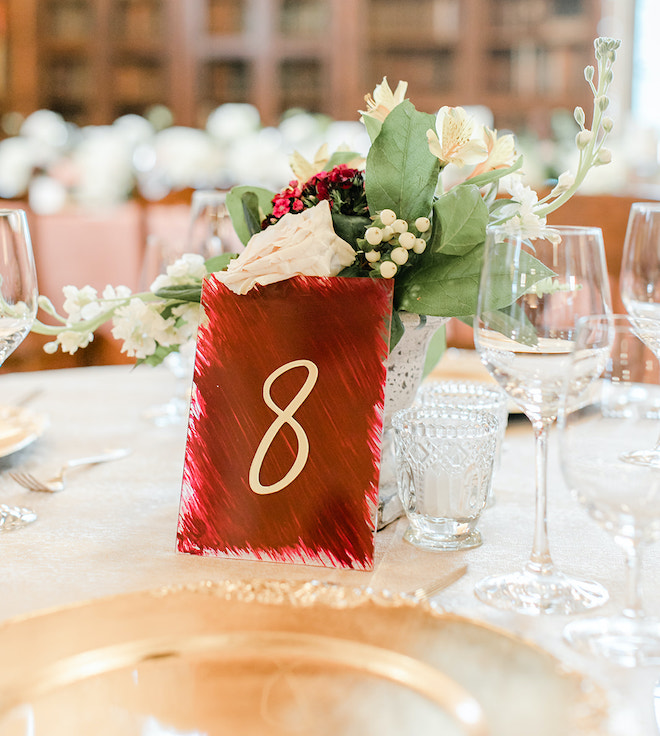 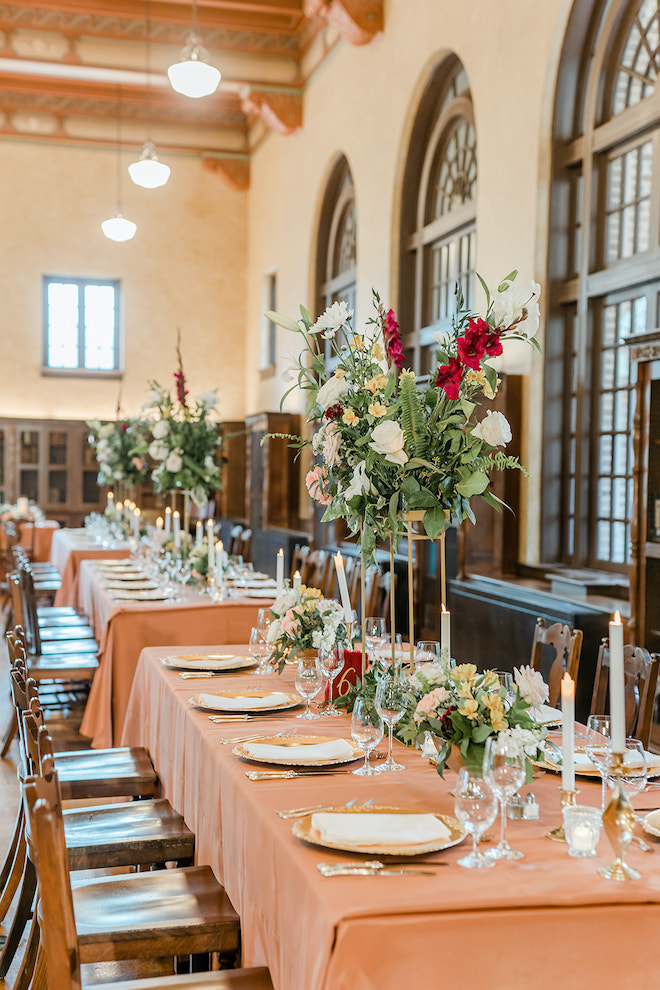 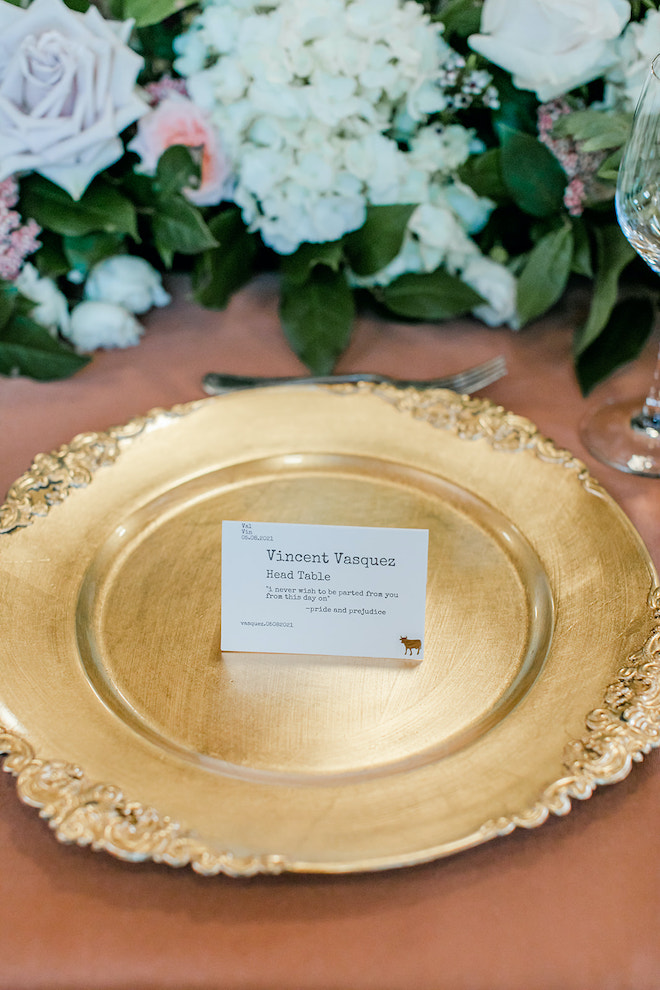 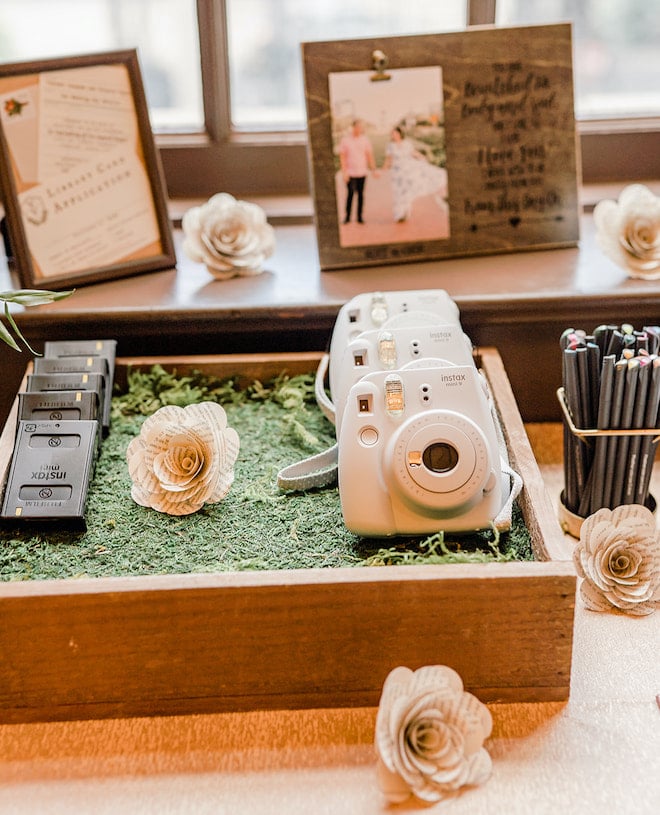 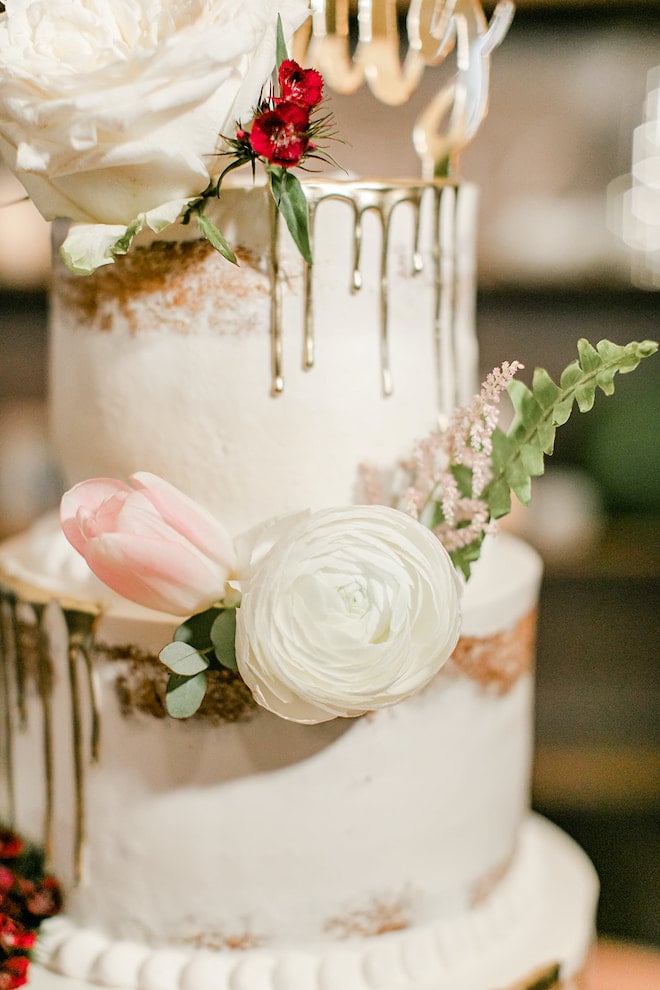 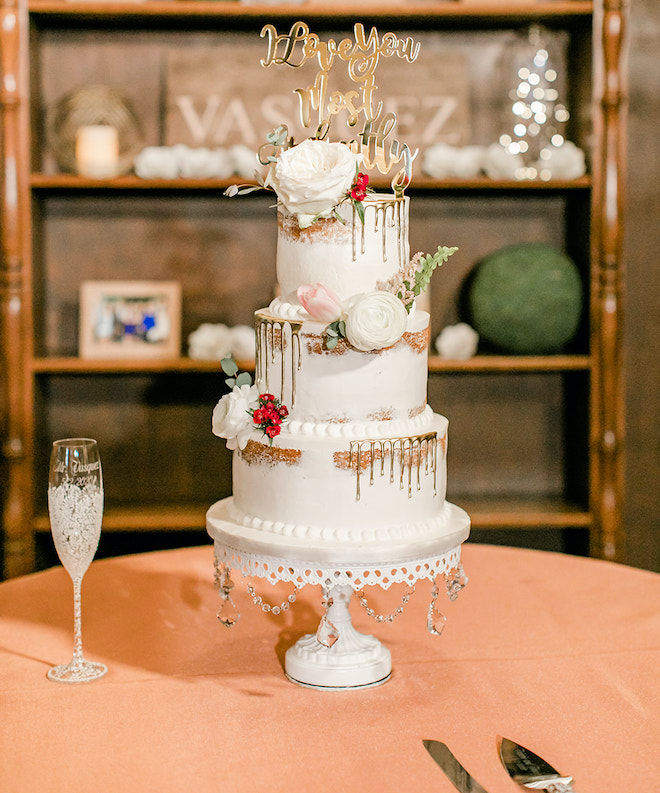 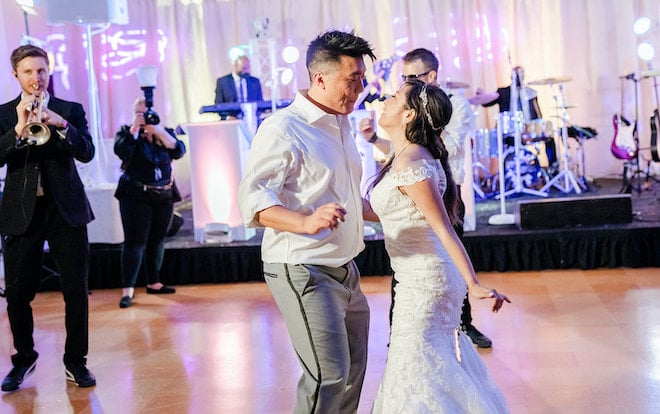 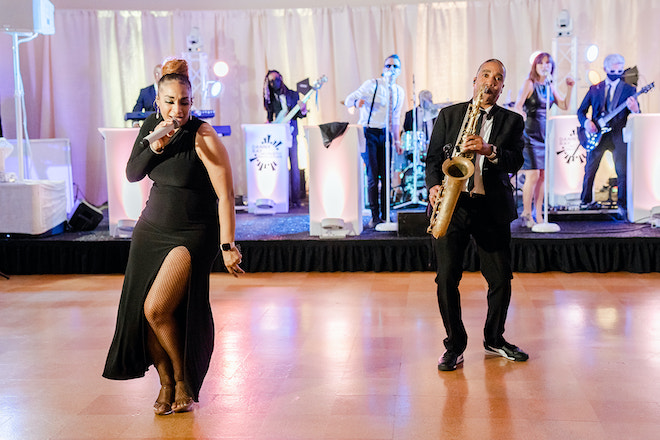 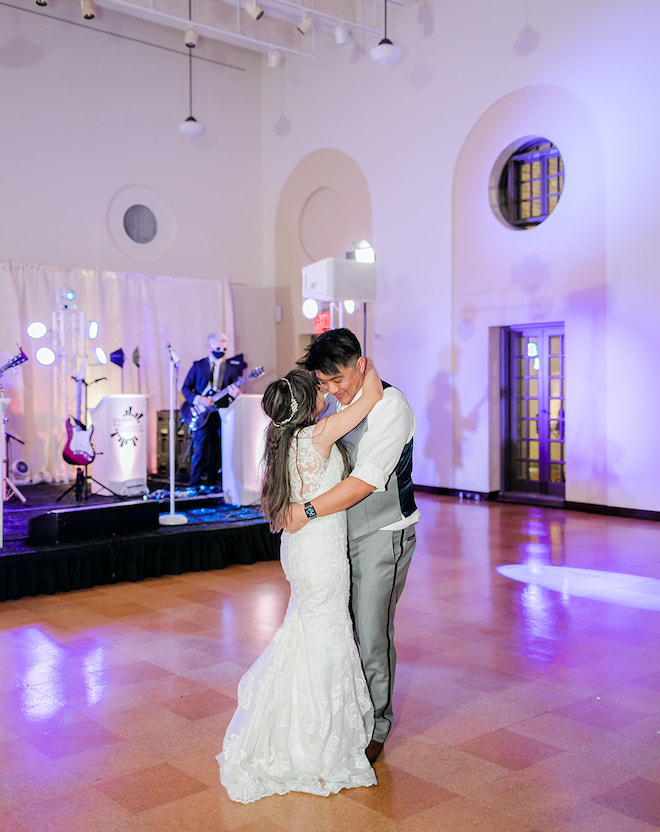