Our two weddings at a glance:

Our first wedding was the “family-friendly” wedding. It included all-DIY decor, mainly in the form of glittered wine bottles that we stockpiled during quarantine; a re-design of the groom’s mother’s vintage 1969 wedding gown (done by a friend for cost of materials); live ceremony music provided by the bride’s former bandmates (songs were “The Book of Love” for the wedding party and “The First Time It Happens” from The Great Muppet Caper); a unity ceremony where we “cut the Gordian knot,” which contained our rings.

Our “Secret Second Wedding” included a second re-designed vintage dress, in a completely different style, by the same friend; individual “floats” for our processional built by another friend; a “duoship ceremony” for which we created supervillain personas (King Bee and The Brown Recluse) and were pronounced Villain and Villainess by “Elvis”; walking on glass for our unity ceremony; exchanging shots of whiskey instead of rings.

Tell us about both of your wedding ceremonies:

Here are Patrick’s vows to me from our first wedding:

I, Patrick, take you, Lyndsay,
to be my lawful wedded wife,
to share with me all the wonders life has to offer,
through good times and bad,
through laughter and tears,
through Fast and Furious sequels and Star Wars prequels,
until my watch has ended.

Here’s the script from our knot cutting ceremony:

According to legend, Alexander the Great passed through the city of Gordium, in what is now modern-day Turkiye, on his march through Anatolia. There the city leaders showed Alexander an ox-cart tied to a post with a knot so intricately entangled that it was impossible to see how it was fastened. The officials informed Alexander that an oracle decreed that whosoever unraveled the knot was destined to rule over all of Asia. Naturally, Alexander endeavored to untie the knot, but struggled like so many before him. Ultimately though, he reasoned that it made no difference how the knot was loosed just so long as it was undone. So he drew his sword, sliced the knot in twain, and went on to conquer Asia as far as the Indus and Oxus rivers, thus fulfilling the prophecy!

Lyndsay and Patrick, as you both hack through this Gordian knot, the action represents the joining of your lives to a common purpose, a dedication to problem-solving on your own terms, and a commitment to vanquishing life’s challenges as Alexander The Great once did: with ingenuity, bold action, and mild to moderate property damage.

As for the second ceremony script…

It was written at the eleventh hour in an absolutely heroic effort by a friend and guest, based on a very rough template that I had written, but ultimately was unable to finish. We kept the hard copy that Elvis read from as a keepsake, but at this time I can only recall that our Pronouncement was lifted from the animated series The Venture Bros, as we are both superfans, and went thusly:

You have demonstrated your commitment to each other in the form of public vows, a reckless and unnecessary display of pain tolerance, and a shared libation.
King Bee, Brown Recluse, The Guild of Calamitous Intent approves your application for duoship. I now pronounce you Villain and Villainess. You may kiss your Queen.

Tell us about your wedding reception:

At our first wedding…

We had a “snackluck hour” of appetizers provided by guests, followed by a brick-oven pizza food truck for dinner; an AMAZING NOLA-style jazz band (The Soggy Po’ Boys) kicked off the reception with a rendition of The Godfather Theme, and also played Prince’s Take Me With U for our first dance, AND played a jazz rendition of The Humpty Dance; we ended the night with a grand exit (not caught by the photographer because the groom wanted it to be a “you had to be there” moment) where we quick-changed into cowboy attire to re-create the final scene from Blazing Saddles, then galloped out to the limo on hobby horses.

At our second wedding…

After the ceremony we had a “Karao-Key Party” for the first hour of the reception. Basically, people who wanted to sing picked keys with sealed cards tied to them out of punch bowls labeled by genre, then dropped them into a vase where they were pulled at random by our emcee (the same friend and guest who wrote the ceremony!). Then the emcee would open the card which revealed a choice of two songs. It seemed like it was a pretty big hit!

We did a “first song” instead of a first dance. It was Forgot About Dre. I (the bride) crushed the Eminem part. Our “guestbook” was a Polaroid and a Samsonite briefcase. We opted not to have a pro photographer for this one, and instead encouraged guests to download The Guest app so they could share their photos to an online album in real time.

What was the most important lesson you learned from having two weddings?

As someone who was bound and determined to “hack” the wedding industry by ABSOLUTELY NOT spending a PENNY over 10k…it was a real gut-check to realize how much I would have to compromise on what I wanted at that price point. I consider myself and my now-husband very fortunate to have been in a position where we had more than 10k to spend, but I still went into the planning process putting immense pressure on myself to not “waste money on stupid stuff”. This of course led to lots of guilt and anxiety once it came to spending money on anything other than what I considered the basics – food, booze, and venue.

Ultimately though, once I did an honest assessment of our finances (and realized that we had actually saved considerably during the 2.5 years that we were engaged, not to mention the fact that I had gotten a better job and we had paid off my student loans in full), I was able to be more honest and less guilt-ridden about the expensive things that we both really, really wanted as part of our celebration, and I have ZERO regrets. So that was my lesson learned: budget-consciousness can go both ways, and if you can afford to splurge on “stupid stuff”, don’t judge yourself for it! Also, pay by check whenever you can.

Wedding vendors behind the first wedding: 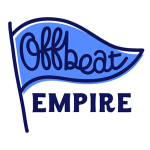 About the Author: Offbeat Editors

Working tirelessly to bring you stimulating content day after day, the Offbeat Empire’s editors will not sleep until you’ve gotten your offbeat fix.

Mon Sep 19 , 2022
Ahead of you scour the web for non-traditional marriage ideas, acquire a second and breathe. Yeah, that is massive of us to say since our total bag is organizing an unconventional wedding… But when wedding officiant Reverend Katherine Dupree despatched us this stage by phase manual to arranging a non-regular […]