Not every “Bachelor” or “Bachelorette” proposal ends in a wedding. But these couples defeated the odds and found their spouse on reality TV … even though some of their marriages didn’t last.

We rounded up some of our favorite wedding dresses from the franchise, whether ABC aired their nuptials for the world to see or whether we learned about them via Instagram.

Keep scrolling to see some of the most beautiful wedding dresses in Bachelor Nation.

Sean Lowe remains the only ‘Bachelor’ lead to have married his winner, Catherine Giudici — she wore a Monique Lhuillier gown to tie the knot on TV

Their wedding was broadcast live on January 26, 2014. For her big day, Giudici wore this strapless Monique Lhuillier fit-and-flare gown that was covered in delicate lace. She also wore a matching veil.

Lowe and Giuidici are still married today, and they share three children: Samuel, Isaiah, and Mia.

Iaconetti, who met her husband during “Bachelor in Paradise,” described her first dress to People as an “extremely classic, princess ballgown.” The gown was designed by Ines Di Santo, and her wedding was photographed by Banga Studios.

Iaconetti and Haibon, who are now expecting their first child, tied the knot in August 2019 in Haibon’s home state of Rhode Island.

This was actually the very first “Bachelor” wedding, as Rehn was the first star of “The Bachelorette,” and none of the previous “Bachelor” leads had found their spouses from the show.

The ceremony was broadcast in a three-part special called “Trista and Ryan’s Wedding.” For the ceremony, Rehn wore this strapless gown designed by Badgley Mischka.

Bachelor Nation’s first married couple are still together in 2021, with two kids, Maxwell and Blakesley.

Burnham and her now-husband Arie Luyendyk announced her pregnancy in November 2018 — two months later, they got married in Hawaii while Burnham wore a gown featuring beaded flowers all over the bodice. They had met during Luyendyk’s season of “The Bachelor,” though he didn’t choose Burnham at first.

“Lauren’s gown was created from a very romantic and imaginative place,” designer Hayley Paige told Us Weekly. “The overall look was a true collaboration because she selected some of her favorite elements from my newest collection.”

Their wedding was photographed by Matias Ezcurra.

Burnham and Luyendyk welcomed twins Lux and Senna in June. They also have 2-year-old Alessi.

Much like Luyendyk and Burnham, Mesnick and Malaney had a tricky path to the aisle after Mesnick proposed to someone else — but it all worked out in the end. Mesnick and Malaney’s wedding was in February 2010, and then broadcast on ABC in March.

Malaney’s romantic dress was designed by Monique Lhuillier and cost $45,000.

They’re still married today. In addition to Mesnick’s son from a previous marriage, Malaney and Mesnick have a daughter, Riley.

Raven Gates also had two dresses, and you can see both here – they’re equally stunning

Gates, who met Adam Gottschalk during “Bachelor in Paradise,” chose two beautiful gowns for her big day in April 2021. The first dress, designed by Watters, is a fit-and-flare style covered in lace and floral embroidery.

Her second, a strapless dress, is also by Watters, and it looks right out of a movie with its layers of tulle.

The happy couple are currently expecting their first child together. Their wedding was photographed by Charla Storey.

Hebert and Rosenbaum met during her season of “The Bachelorette,” and they were only the second “Bachelorette” couple to tie knot after Trista Rehn. Their wedding was shown on ABC later that month.

Hebert’s silk and satin gown was created by show favorite Randi Rahm, and it featured a huge train and a backless design.

Hebert and Rosenbaum announced their split in October 2020, making them the first “Bachelor” couple to divorce … though not the last. They share kids Fordham and Essex.

Lindsay, who chose Abasolo at the end of her season of ‘The Bachelorette,” also wore Randi Rahm for her big day. It actually converted from the huge ball-gown skirt to a pair of high-waisted shorts and a crop top — perfect for her summer wedding. In her own words, the look is “classic, chic,” according to Glamour.

The wedding was photographed by Clane Gessel.

The two are still married.

Jade Roper rocked this slinky gown at her January 2016 wedding

Roper wed Tanner Tolbert in January 2016, just a few months after they met on “Bachelor in Paradise.” Their wedding was shown on ABC the following month.

She walked down the aisle in a custom Galia Lahav gown that fit her now-husband’s specifications. “My one condition was no sleeves,” Tolbert told People. “She looked gorgeous. It was a mix of elegance and sexiness.”

Today, the two are still married with three kids: Emerson, Brooks, and Reed.

Desiree Hartsock is a wedding dress designer, so the pressure was on for her dress — and she delivered

Hartsock, seen here with her mother, wed the winner of her season of “The Bachelorette,” Chris Siegfried, in January 2015. Her wedding was photographed by Brandon Kidd Photography.

Fittingly, she co-designed the ivory lace fit-and-flare gown with Maggie Sottero. The one-shouldered design added something a little special.

Siegfried and Hartsock are married with two kids, Asher and Zander.

One year after Waddell met Evan Bass on the beach in Mexico, they returned to “Paradise” to tie the knot in June 2017. Waddell’s unique dress was perfect for a beach wedding, with flower embellishments throughout. It was designed by Idan Cohen.

Three years and two kids later, the two announced they were splitting up in December 2020.

Fletcher wore two dresses on her big day, but it’s her ceremony dress pictured here, designed by Ines di Santo, that really takes out breath away. After six years of waiting to tie the knot, Fletcher and Rodgers finally had their dream wedding at a California winery in May 2022.

The bride and groom chose photographer Valorie Darling to document their special day.

Read the original article on Insider

Celeb Wedding Details That Live Rent Free In My Mind

Sun Jun 26 , 2022
Celebrity weddings are often noteworthy affairs — two public figures tying the knot is bound to have everyone talking. Plus, these events usually consist of some interesting BTS facts. HBO / Via giphy.com For example, Beyoncé’s mom, Tina Knowles, who made many epic outfits as the costume designer of Destiny’s Child, created Beyoncé’s wedding dress for […] 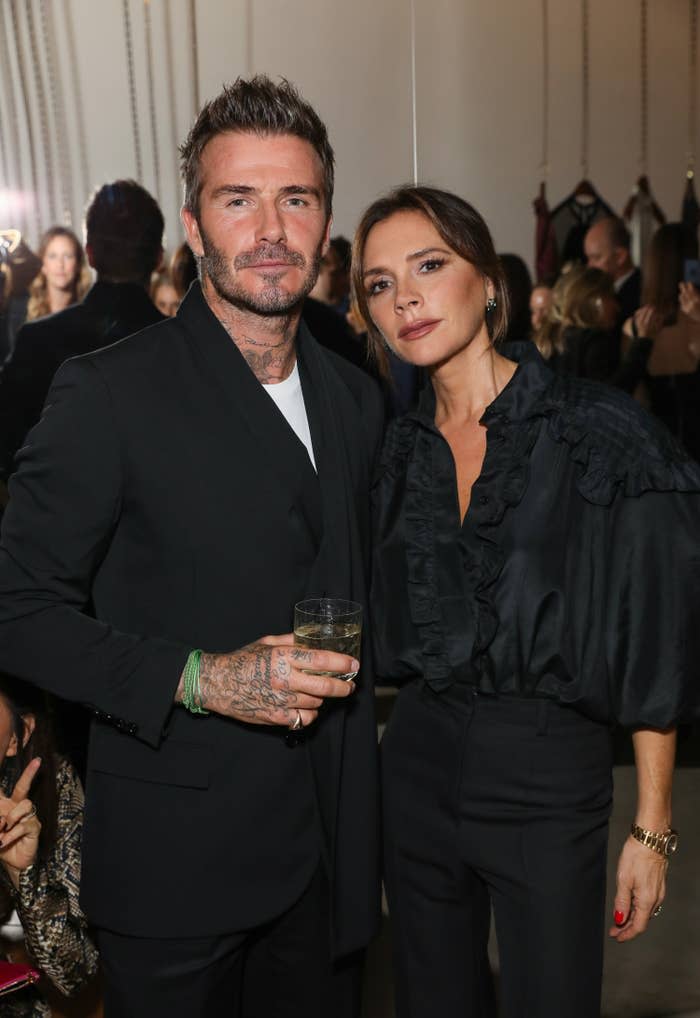